About a month ago, the following picture was shared on Facebook:

When I shared it myself on Facebook, a couple of people told me to make them and say how they turned out. As you see, my cousin gave her experienced perspective.

Yesterday, when I finally had a moment, and was in a bit of a baking mood, I decided to try the recipe. I had purchased the one thing I didn’t have in my pantry during my last shopping trip, cocoa. As a side note, I also made banana muffins and a loaf of bread…baking mood.

As I measured out the ingredients, only using 1/2 cup of flour seemed like it wouldn’t be enough and a whole cup of sugar seemed too much. I decided to follow the recipe exactly for this first run through to give it justice and test it with fidelity (a word just for my teacher friends).

Here is how they turned out using one of those pans for baking individual brownies so everyone gets an edge. And yes, the bottom left one has some bites out of it. I did have to taste it after all! 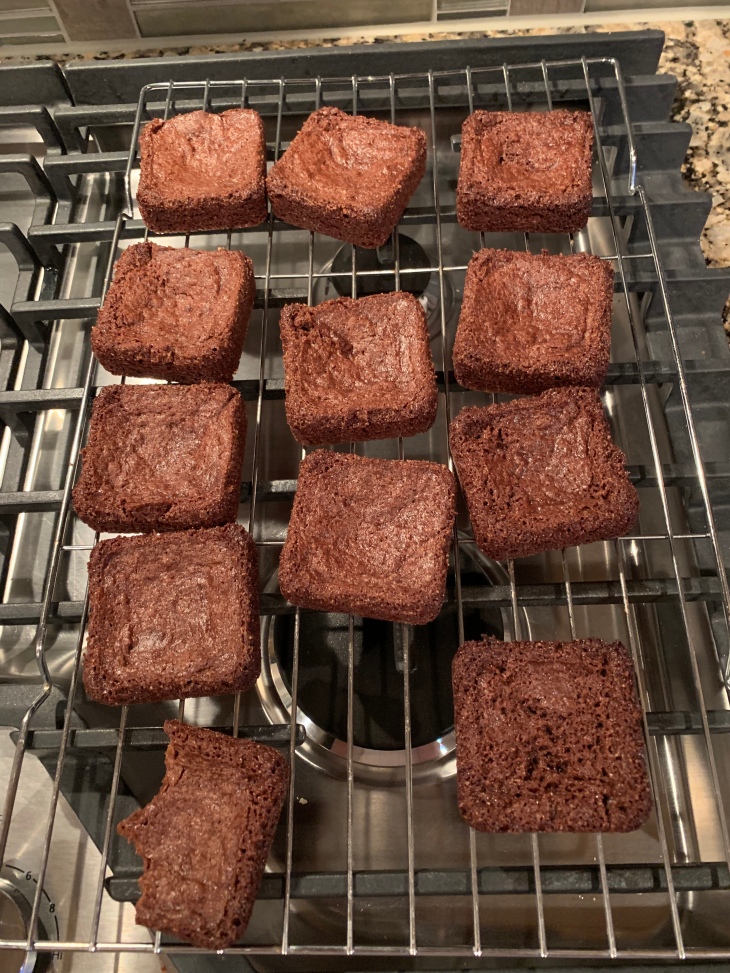 The verdict. They actually taste very good, all natural and no artificial sweeteners or preservatives. A major bonus in making them. They are a little crunchy along the edges, but quite chewy in the middle. Just right in my book for brownies.

The downside is they didn’t rise as much as I would have hoped or expected meaning they aren’t very thick. As you can probably tell, they are also a little concave in the middle.

Next time I may try one of two things: 1) Adjust the baking powder and salt up a little to see if it makes a difference for thickness without making them taste too salty; or 2) Doubling the recipe to have enough mix to put a little more in each spot in the pan. They also may have turned out differently if made in a traditional cake pan, but then not everyone gets an edge. Chocolate chips might help too, but then, chocolate chips helps everything.

In the end, I would recommend giving the recipe a try. The taste is worth it alone.

If you do try it, and bake in a traditional cake pan, tell me how it turns out. I’d be curious to know.