For the first time in my life, at least as far as I can remember, I’ve never used a pressure canner. That is, until today.

I’ve wanted to can vegetables, soups, and pasta sauce containing meat for quite a while now. However, since none of those items are very acidic, and the sauce would have meat in it, I couldn’t do anything with them in my water bath canner. Since my new passion for homemade goods and canning, we finally broke down and purchased a 21.5 quart pressure canner. It can hold up to 18 pint jars. Not sure if I would ever do that many at once, but, if I get a hankering to do so, now it is a possibility.

My first pressure canning vegetables were green beans fresh from the farm. My husband picked up three pounds of beans for me to experiment with (along with eight quarts of blackberries for jelly and jam). Although I only got six pints of beans, it did allow me, thanks to my cousin Linda, who shared her canning process with me, I was able to experiment and confirm I wouldn’t blow the kitchen up in using a pressure canner. 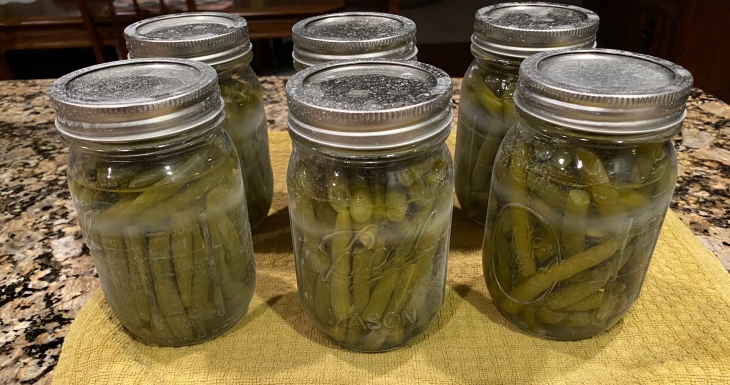 The good thing is it all went off without a hitch. Although, I did have a moment of panic when I first opened the box. The pressure canner is quite large. I had planned on using the burner on our grill to do the first attempt, but the canner was too big. Then when I put the lid on the canner and took it to the stovetop, at first it looked like it wouldn’t fit in the space between the burners and the fan. Thankfully it did, with about four inches to spare.

The last thing of the season, at least in my thinking as of right now, will be tomato purée next week.

Oh, and probably some pickles, the cucumbers are starting to ripen in my garden.

Who am I kidding? There might be more. If so, I’ll keep you posted.

This is my story as I move through my life as a husband, father, grandfather, brother, son, uncle, educator, photographer and so on. All thoughts and opinions are my own. View all posts by frank